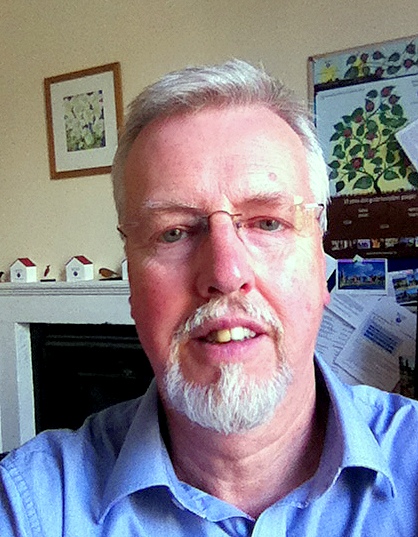 September’s guest blog comes from Alastair Cameron, CEO of Scottish Churches Housing Action. Alastair shares some of his thoughts around the importance of relationships in reaching out to those on the margins. Find out more about the work of Scottish Churches Housing Action by visiting their website: http://www.churches-housing.org/ Find them on Facebook: @homelessneighbour or Twitter: @churcheshousing

“We like to visit every person referred – so we see what they really need.”

I was astonished. I was talking to Mary at New Beginnings in Carluke – a ‘starter pack’ project that collects household necessities, and gets them out to people who are moving into a new place after a period of homelessness. “But doesn’t that mean they’re waiting a long time without the things they need?” I asked. “No, no – we bring them their pack later that day, or the next day at the latest.”

Mary had already explained that their patch covers over 500 square miles of South Lanarkshire – deep into rural areas like the Douglas Valley as well as more accessible parts of Clydesdale. And the service is all done by volunteers.

“We like to feel we have a relationship with people,” Mary went on. “If we see them in their house, we can maybe suggest something they
wouldn’t have thought of asking for. We have basics on our list, like mugs and saucepans, but it’s the extras that make it personal.”

The volunteers behind New Beginnings have by instinct developed a project based on relationships. They recognise that people have needs, but alongside the practical necessities, these include the need for dignity and autonomy. People who have been without a home have the right to that, as do we all.

New Beginnings is one of almost 30 starter pack projects that Scottish Churches Housing Action has helped establish. Spread across Scotland,
each one is local, and each one is different – but they have things in common. Each springs from a recognition that homelessness happens here, in our community. It’s not just a thing for the big cities, and it’s better if people don’t have to go to the big city to find an answer to the problems that give rise to their homelessness. So it’s here that the help is needed.

Each starts with the practical. Usually when people move house, there is furniture and equipment coming along behind. Whether it’s in a big
van, a wee car, or a wheelbarrow, the first instinct is to unpack the kettle and cups and make a brew. But what if you’ve just moved out of a hostel and have left all those things behind because they’re not yours? That’s why a starter pack is needed. And each is rooted in communities of faith. At Scottish Churches Housing Action, we know that the churches represent a reservoir of goodwill towards people on the margins. We see our job as being to tap that reservoir and channel the goodwill to where it becomes good action. And as a by-product, we find that it’s a good way of bringing people of different faith traditions together. Whatever our differences in theology or in liturgy, we can all unite around supporting our homeless neighbour.

None of this would be possible without the efforts of Mary and her team, and their counterparts all over Scotland – the people who recognise that homelessness is a blight on our social landscape. We applaud their hard work, as we pray that one day, it will no longer be needed.